Yet another example of the Town's Management Style:

Did you notice/realize the following about your Town of Stanfield Sewer Bill?

Or that when we last checked, many of these same Leadership Folks (including our weasel of a Mayor), don't get hit with these same fees, due to their edge of town residences putting them beyond the current lines?

The Past Due date has been reduced from the 20th of the month to the now much earlier 9th of the month, yet the Billing Date remains the same.

- Generally, late fees on household bills and even credit cards starts at 28-31 days.

This new 'prematurely' early Late date (of the 9th) comes with an almost 10% fee added, if you miss it.  Never mind that you lose a day or three (from them to you), with mail times, Sundays, etc, but you lose yet more of that 9 days (due to mail & processing time) from you back to them.

I consider this (Usury!), as no other Bill I know of screws you this hard or fast, when considered Late.

- For you folks living on a tight budget, or worse yet, hand-to-mouth, you better guess what our next bill will be and set it aside...or get hit with the high fee charged for so-called Paying Late.

Your Town of Stanfield sewer bill runs about 1/3rd higher than your Stanly County water bill, even though Stanfield uses the same numbers as the County does, (gallons used) - which the County provides.

- My Water and Sewer bills were almost dead even in past years, so what is this higher amount paid to Stanfield really going for?

Maybe...it's being used for Hookers and Cold Beer? Anybody know for sure?

The $1.50 Administration Fee was originally put in place to fund our now dead and burning in Hell, scumbag former Town Administrator. Why is that money still being charged, where is it really going?

The Sumbitches running Stanfield are like Crack Whores on the loose with someone else's credit card and it has OUR name on it. The only thing worse than the 'seat of the pants' style of management around here are the folks behind it.

Don't even get me started about the extra $12.50 per month being charged for my 2nd trash can!

Yet another attempt by our still dead and in Hell, former Administrator Robert 'GoldBrick' Harvey to harass me, using twisted and out of context Town Ordinances.

* An extra $12.50 a month fee intended only for multiple homes on a single piece of land owned by related individuals OR Businesses wanting a second or third can.

I think I need to call my Lawyer again...the same one that jerked a knot in their tails the last time we fell on them like random space debris. I feel I'm owed that $12.50 per month back, now going on 6 years.

*Anyone reading this should complain to Town Hall immediately.

You're getting screwed every time you pay your bill!

** I just got this months bill, the past due date is back to the 20th of each month.

Apparently, the Blood Suckers saw this article and backed off. I'll post an image of the 2 different date bills soon.

My Opinion - based on what I've personally observed and been told by reliable sources - are as follows:

Blix is a hairless, toothless ultra Liberal from Hell. Blix is a user and abuser of the People around him.

A man who thinks he is loved by all, but in reality is disliked by the vast majority, beyond the generally polite to all types. If you ever deal with this man, cover your wallet and any easily accessible orifices!

Blix is your typical uninformed Libtard, a Know-it-all-Prick who in reality is a raging dingbat who can't even piece together an intelligent e-mail. Blix has uttered some of the most retarded things that I've ever heard a grown ass man say - such as "the Government Never Lies" and "Obama didn't say That" while I'm watching him say it right on T.V., etc.

A man who has no job history, because he reportedly stole his wealth from others. Reportedly, his moral-flexibility reached the level of being a not so honest Bag Man for various criminal elements back in the day, involving both cash and questionable items of an absolutely illegal nature. Blix is a self admitted semi-professional Gambler, (a seemingly degenerate one), but he doesn't seem to want to go back to Las Vegas ever again, which seems rather odd. Some would say that it's because there are those who may just still be looking for him, due to missing amounts of transported items described above, which seems plausible. So, could this not wanting to go back there be due to the ole 'don't show your face again' routine?

Regardless, my experience with this person is that he is a verified celebrator of 'Screw Your Buddy Week' and therefore one to be avoided. My Mother and 2 other women that I introduced him to later asked if he was a fag, I really don't know, he never hit on me, but it was alarming to have each indicate same.

What do I now hate most about this asshole?...He is absolutely likely to do things to you that would cause he himself to go into a full on Hissy-fit, if you did those very same things to him. A few good examples would be: Him coming onto private property and ripping political signs down that he doesn't agree with, regular mean spirited outbursts, even towards so-called friends, giving completely false information (lying) or announcing it's time to leave, once he's finished eating, but you are not, even though it's you buying lunch!

The good news is - this is all a self correcting problem, because if not by the hand of another, Blix will die alone and afraid, unloved, broke and Hell bound, as all indications are that he is also a generally reprobate atheist.

In recent months, I walked right past this loud mouth and completely cowardly shitass of a bum over in Locust at the Food Lion store. He was with his wife, who is probably just another innocent victim of his, so I simply observed this Hack of a Carpenter, as we passed each other on just about every isle.

Going by the way he shoots his mouth off, Jerry obviously seems to think he's some kind of Action Figure, but in reality he just kept looking the other way, avoiding eye contact and trying to pretend 'This is Not Happening.' - Jerry knows damn good and well what I look like, he knew exactly who I was and that I don't go around beating crippled folks up, so he simply didn't want to deal with it.

What happened to the 'I should be killed' claims you made on election night Jerry? Where did the Bad Ass go that said 'I should die' in public and in front of several witnesses? Those comments are something you never apologized for, even though I passed within 2 feet of you no less than 7 times that day?

Your comments were reported to the police, but lucky for you, Stanfield's 'take what we can get' hiring practices resulted in the uninformed Cop being unsure of the legality of the situation.

For Your Information Jerry - A 'Call to Action' where you promote and try to inspire harm or death to another IS illegal, just as if you were talking about the President himself. Plus, what kind of total craphead would even say that in public, much less an elected Council Member, especially while you spend your Sundays speaking of your Walk with Christ to others, which is simply you putting on airs.

As you exited the store, I and an older member of store staff (who I said something to), watched you walk past my car, looking at the StanfieldPress bumper sticker in disgust, mumbling to your wife the whole time. The same car that you had to walk past, as you followed me into the store originally!

As you attempted to leave the parking lot and head home, you discovered that the intersection was blocked due to a car wreck, at which point you had to turn around and drive past me and the store employee, still trying hard as Hell to pretend it wasn't me standing there.

So Jerry, I now fart in your general direction, I have zero respect for you (elected or not) and in my opinion, you are proof that the word Fist can be a verb! May your Bladder Cancer return and I will once again simply observe, but this time as you nasty away.

I've seen Bags under the eyes before, but you could Milk Jerry's!

Due to the poor condition of the Rail Road Tracks leading into and out of town:

We regret to inform you that Stanfield is now forced (under needed Truth in Government Media laws) to change our towns formerly Iconic Train image to the following. 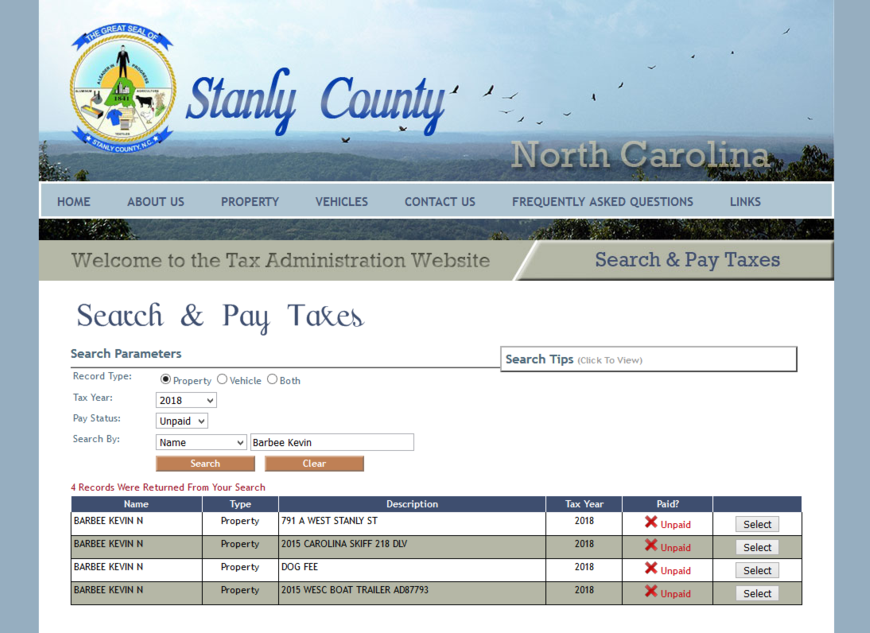 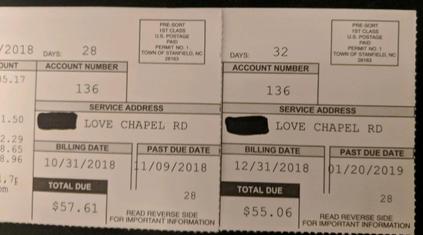 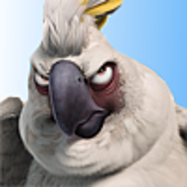 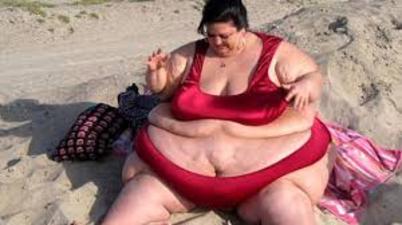 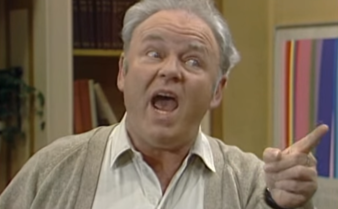 Revisiting the NCDOT
Bypass Plans from 2014
A Long Term Plan 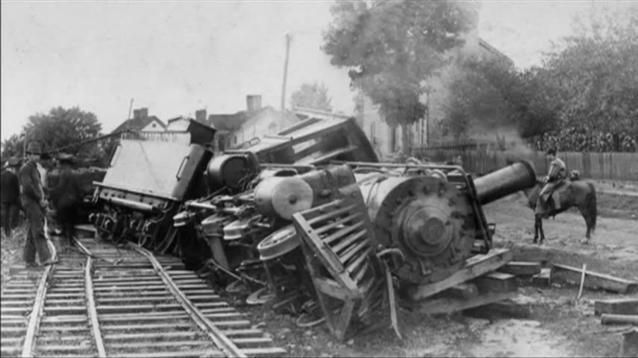 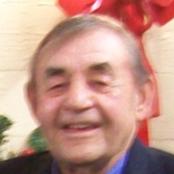 Some Nasty Cheese about Mayor Barbee.