You know, all you have to do is watch the news or go online and you will be pummelled left and right with the so-called Gay Agenda. Now, if some pillow biter wants to go home and do their thing, then fine, it's between you and God, but I don't want to constantly be subjected to this new 'it's alright' meme that the Politically Correct camp is pushing. Quite frankly, I also have no interest in constantly being hit with worthless news and views about the Kardashians, Miley Cyrus or Justin Bieber! There is a difference though, because the Kardashian, Cyrus, Bieber junk news is what's called Cake and Circus, it's designed to entertain and deflect the growing number of Zombies away from real news and into the world of living vicariously through others. However, the Gay Agenda is just that, an indoctrination of our society, especially our children and it's also designed as an affront to Judeo-Christian values. If this same level of 'promotion' was Heterosexual in nature, it would be called Pedophilia by most; therefore, I consider the rash of Gay Agenda based news to be Sexual Harassment at the least. Speaking for myself, I am only interested in women, especially the ones that are easy going and easy to look at. In fact, most of my clients are women. Therefore, I have no major issue with them (women), except for the Bitch Combo Plate types that won't let you have an unattended death or a good nights sleep! Then again, there are equally irritating men out there, but they have the wrong parts, so I don't have to put up with them, if I don't want to.

Yes, I have published jokes and images (like the one above of Kevin Barbee Jenner) directed at certain local officials about possibly being queer, maybe they are, maybe they aren't, either way I know it pisses them off to no end and isn't that my job? Sure it is!

Anyway, I would love to go back in time to more of a Normal Rockwell type society, but alas, those days are dead and gone. Nowadays it's gay this, queer that, LBT this or is it BLT, Hell I forget, but I've had it up to here ^ and I wish that we could return to a life where right is right and wrong is wrong instead of 'Whatever.' This is a combination of Satan's work, our End Times status and society being in an overall race to the bottom. The Bible says that the end times will be like in the days of Sodum & Gomorrah, gee, you think maybe we are there yet? If you only accept, but generally disagree with Homosexuals (can I still use that scientific term?), that's not good enough, because they want you to accept AND agree with them. If you are Straight (can I still use that term?) and you have ever found yourself in a group of simpering Homosexuals, then you'll know what I mean, it's no longer about equal rights, it's about Special Rights and well, that's not right! Just like Blacks have been elevated above other races, due to Special Rights, the next group of Special Rights will be that of the Gays. I don't have a general dislike for Black Folk, so don't even bother trying to twist my above words. However, I only tolerate - but do not agree with - Gays. I'm also not driving through Gay areas hitting the side of my truck with an ax handle either. What I am saying is why don't we keep things fair and 'privatize' the lives of 'Alternates' instead of beating the Hell out of everyone else with their lifestyle choice combined with constant attempts to normalize that choice?

Up until the 1970's, Homosexuality was labeled by Psychologists as a 'Mental Illness' - which it probably is, but then the gay Lobby sunk their teeth into it and had that vanished from the ongoing records. Let me put it this way - if you are a dude and you see another guys hairy ass and say to yourself - come to Daddy - then there is a major malfunction in your brainwaves. I also don't agree with Gay Marriage, not only does it spit upon the God Designed union (between a man and a woman), but it is a further attempt to 'normalize something that is fundamentally wrong and Hell Bound.'

Oddly enough, if you take a good look at most queer unions, you will notice that they break off into male and female roles within their relationships and then utilize each others bodies in the same way, so this is not a lifestyle, it is a perversion! There is also scientific proof that Gays live shorter lives and are at the epicenter of all sorts of diseases, may this possibly be a Judgement upon them? I and others are sick and tired of having all this propaganda being shoved into our face at every turn. Oh, but did I mention yet that anyone who opposes this Gay Agenda is now labeled Homophobic, a term used as a chilling effect, so you shut up about your own views. Not agreeing with something may make me a contrarian, but it shouldn't make me and others with the same views out as being phobic anything. At any rate, everything is upside down, right is wrong and wrong is now A-O.K., it really is a disgusting turn of events. 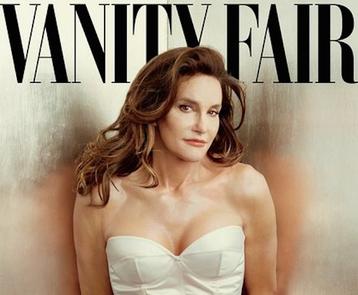