Our Opinion is as Follows...

One of our reliable 'inside sources' has let us know that just last week Jason 'Slugfoot/Craphead' Smith (also known as Mr. Snarky Square Pants) was served by the Sheriff with not one, not two, but 3 freakin legal actions all at once. Now, I'm not a statistician, but how many folks do you have to screw over total in order for 3 unrelated folks to just so happen to come after you in the same week?!?

Others who have been out on meet and greets with area voters are telling me that another recurrent theme is one where Jason will offer to redo a kitchen or bathroom, take partial payment and then simply bugger off, an average of $2,000 per hit being his reported take!

* Well, I guess that's one way to meet payroll or cover your light bill!

* Part of his Marketing Efforts reportedly include him touting his Town Councilman status!

I would also add that when I went to the Clerk of Court to take papers out on Jason myself, I did not know OR even need to take the time to look up his physical address, because the women in the Clerk of Court office knew it, as in knew it by heart, as in more than one of them had memorized it...Hahaha!

It seems that Jason has been served with more papers than a test car driver using public roads!

How is this guy still on the same side of the grass as the rest of us?

No wonder he has been threatened with brutal murder no less than 4 times (in public), since I started tracking him. This Jason cat should be a Prisoner not a Town Councilman.

Do you have some Nasty Cheese Info about ole Slugfoot?

If so, contact me and I will look into it and maybe even post it for all to see!

Several people have asked me, why do you hammer this guy so much? We all know he is a TurdBird, so move on to something else. I will, once Jason is gone or dead, killed by falling space debris would be in line with his crappy luck. Until then, I consider it a public service to do what I do best, which is to warn good people, while leaving the Bad Seeds looking for a soothing ointment for the hole that hurts most.

Unfortunately, Jason 'Slugfoot/Craphead' Smith recently found some new victims, in the form of the people who now hold a Lease on the former Jake's Java location, one of Jason's many failed ventures.

I have no doubt that Jason (as usual) blew enough smoke into these peoples ears to generate sparks out of their pants leg. I'm sure they are probably good folks that just didn't do enough background on ole Jason, so I wish them no ill will. However, they are probably totally screwed and also firmly on the hook, because of the Lease, they just don't know it yet. If these new victims find themselves with an also failed business, because of that Lease, for the first time in his miserable life, Jason will finally be able to get a judgement on someone else. I bet that's exactly how he has it planned to go, watch and see.

Prior to finding the above mentioned victim:

Jason first tried to pawn the joint off to the Lions Club, having lied big time to them (in their opinion) about Dance Night generated income, etc, claiming 100 or more patrons, week after week at $5 bucks a head, which they rejected as the Fairy Tale it was. Jason was suggesting a monthly income way higher than any reasonable Lease payments would generate, so why would you Lease an almost always closed business for less than your currently claimed income from same, unless it was a bald face lie. Oh my God, Jason lied, mercy be! Even a casual observer knows what he was claiming is B.S....Jason then fell on his sword and offered to outright sell the whole joint to the Lions Club for $50.00 a square foot, an amount much lower than the asinine amount his various Real-estate ads have been asking for. Yep more proof that while Mr. Snarky Square Pants walks around pretending to be Big Man on Campus, he is more likely to be living hand to mouth, like several other Posers we have around here.

All you need to do is walk across the street to Holbrooks and talk to a nice guy named George. George is a guy who paid a lot of money to Jason Smith, via a down payment and then did a Owner Finance Purchase (monthly installments) with Jason, on one of Jason's now former properties. Problem is, Jason pocketed most or all of the money that George paid him (approx $25,000, based on feedback) and as a result, Jason failed to stay current on the mortgage with the Bank, so they foreclosed. Then, the bank finally showed up, (it took a while due to the backlog of foreclosed homes that resulted from the 2008 financial crash) and because their mortgage was with Jason, not George (meaning, they were not obligated to George in any way), the Bank told George and his sweet family to bugger off. Reportedly, George lost it all, every dime he had paid to this scumbag and he and his family were left temporarily homeless. The good news is George didn't take it lying down and now joins an army or folks with liens and/or judgements against Jason. Or you can go talk to a nice fella named Art, a guy that Jason dorked out of $60,000 and never paid back, not to mention the promised 12% a year interest, which means that Jason actually owes Art over $100,000.00, since the original loan went down. I could keep going, you know, about the widows or even old ladies he has messed over and then used the money (in one incident) to go out and buy a cool-guy BMW motorcycle, but you get the point. For you folks from Kentucky, this all means that you... Do Not get into bed financially with this guy, Do Not loan him money, Do Not buy anything from him, unless he can produce a clear title on the spot and Do Not Rent or Lease anything from him, unless part of your agreement is for him to prove to you monthly that he is in fact forwarding money to the Bank, if there is an outstanding note on said property.

This SumBitch asked me for $5,000 while I was putting the Little Lady through her Masters Degree Classes (not cheap.) Problem is, Jason knew when he asked for that money (part of which was meant for said Degree Classes) that his Real-estate Brokers License was being taken away by the State of North Carolina in less than 2 weeks, for wrongdoing! Meaning, he tried to hit me up for money based on his 12% interest rate House Flipping Scam, knowing damn well that his sales pitch and promises would be worthless in 2 weeks. I think it's reasonable to feel that while looking me straight in the face - Jason planned to simply steal the money outright. Factoring in what I've heard from others (who became actual victims), I'm convinced that it was in fact a blatant theft attempt. This twit has no shame and only a non-specific muscle spasm where his heart should be!

So, like so many others, the new Lease Holders of Jason's failed Jake's Java location, will most probably find that they too are screwed, blued and tattooed...signed onto a Lease that is reportedly for at least a 2 year term. The worst part is that it was probably (as suggested) based on fictional Blue Sky and Unicorn laced information. So, as usual, Jason 'Slugfoot/Craphead' Smith has made his problem someone else's problem and the band plays on. This and all the other stuff I know about ole Jason is WHY I keep warning and informing people about him.

Reportedly, Jason is contemplating throwing in the towel...

and moving away and is now also reportedly trying to dump/lease/sell his house, a house that is said to be in his wife's name, so as to prevent seizure by one or more of the folks who have liens and judgements outstanding on Jason. Recently, Jason got slapped with yet another Judgement that he can add to his collection, one reported to be in the amount of $38,000.00. This (money owed situation) is to include over $700 bucks in back property taxes that is owed to Stanly County, which Jason dodged paying by putting the home in his wife's name, just in time...Ugh! Personally, I think that would be great and would be about the only thing Jason has ever done worthwhile for Stanfield - moving! Hell's Bells Jason, I'll come over and help you pack up, so we can speed up the process of getting rid of you. You will need to move at least 3 bridges away (like you did, when you popped up here several years ago from Monroe.) Moving 3 or more bridges away would be about right for you to find yourself in a whole new juicy group of potential victims, who don't know you yet. So, let us all hope for this 'leaving' day to come and based on the feedback I've been getting from many random Stanfieldians, you will not be missed, except by those you ripped off and who now realize you will never make good on any of it. May the flies of a thousand camels fly up your nose and that one day all you have done to others will come back on you in spades, at that point even the biggest Heathen we can find will immediately believe that yes, there is a God and there is some justice in the world.

Jason Smith is the kinda guy that even Walter White of the Breaking Bad T.V. series would say, 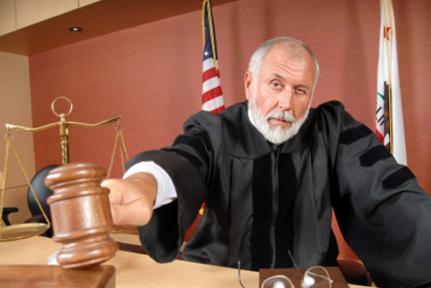 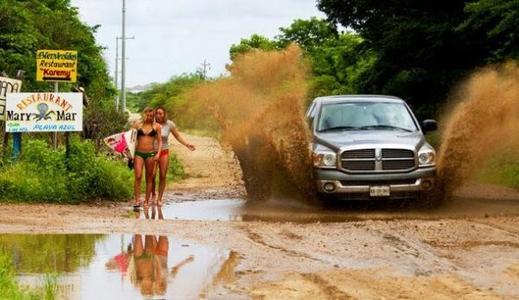 They say - that a picture is worth a thousand words.

I would suggest that Jason is the Truck and the rest of us are the 'minding their own business' Bystanders.