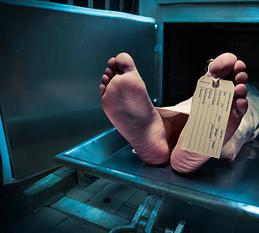 Well, Stanfield has a new Super-Cop on staff, or at least one I never noticed before. He seems to like parking on Love Chapel Road and giving tickets out like party favors to old folks, young drivers, soccer moms and single mothers. He also seems to think he's a State Trooper (a wanna-be, that is) with his snarky, pointy topped Smokey the Bear hat. What is it with the average prick of a cop in America today - not all, but a growing number are. Doesn't this guy and other Cops like him have something better to do? Meaning...isn't someone being robbed, beaten, abused or raped somewhere, go help them and put your damn ticket books down. Doing this cash cow work, instead of the good things, is why a growing number of folks hate the police! This 'peek-a-boo' then pounce just to give a ticket crapola, known as - revenue enhancement - is Low-Rent and it's all about money, not protection.........(Update - This Officer has since Quit)

All just because a couple of fags with golf carts (literally, like only two) wanted the speed limit lowered to 25mph. You know - those various 'Friends of Friends Network' folks operating in Stanfield who want to buzz around in non-vehicles of a DMV nature, so you can enjoy seeing them with their wives, who long ago pulled the pin on the fat grenade, after marrying the poor bastard...Ugh. Why don't these Cop guys hang out on Love Chapel in the early morning, when folks drive like NASCAR competitors?

People tell me "be nice, you might need them someday"...err, I'll handle things myself and then call, at least I'll know it'll be handled correctly. I'll leave the paperwork errors and historically incomplete/blank police reports I've requested copies of, up to them. I'm certainly not worried about offending joke level, tier 3 (couldn't get hired even in Locust) level bullies. Aggressive cops are dangerous cops, never forget that.

The former and now totally dead as a hammer - Town Administrator Robert Harvey - has gone to be with his moral father, Lucifer. Yes, it's been a while now, but it took me this long to have my excitement die down, kinda like he is now.

He sat there, red faced as usual, eating his plate of chicken, when he spotted me from across the room at an Oakboro restaurant. I gave him a sign (guess which one) and he looked to have peed himself a bit, as his wife did the Inspector Gadget, upwardly ratcheting neck act to catch a glimpse of the cat who got his ass terminated. Yes, terminated, even though the pathological liars running the Town at the time (pretty much the same crew as now) ran with the story of letting him slinker off with some residue of respectability by letting him resign.

His various angles ranged from:

Frequently using Stanfield Gas Card purchased fuel for personal use (adding up to a ton of free gas) all the way up to only showing up on average 12 hours a week (as reported to me by Town Employees), even though he was being paid as a full time employee! = ($48,000 a year for doing almost nothing.)

He was caught midstream heading off to the beach (with more taxpayer funded gas) on a day he should've been working - the same day my multiple Lawyer Letters landed at the homes of the various Town Council members....Inspiring several of them to contact Harvey for a word of prayer...style...question & answer session, which was the beginning of the end of his career here.

The first time I ever saw this schmuck:

A man who every single Town employee was either terrified of or wished to avoid, one of which being 'Tom' who finally fell victim to Harvey's persecution and unwarrantedly so!

A man who reportedly utilized 'Pay to Play' and other morally-flexible techniques to allow himself to manipulate and hand out bid opportunities and work orders as he chose, thereby being suspected by myself and many others, as to be lining his own pockets and quite nicely, etc.

A man who attempted to buy a vintage car of mine (just to see how it would go for him), prior to trying to rip my face off over a non-law that I had supposedly transgressed (* I guess I gave him a wrong answer about the car?)....all being done to me as a special favor to an equally ginormous piece of shit,  known as

Well, here's to you ole Harvey, may the fires of Hell be the hottest in the part of which you now reside.

A man of pure resident evil, probably the biggest asshole I ever met and surely the product of a bad seed. Rest in eternal suffering you bastard, right behind Satan's nut-sack...from whence you came! 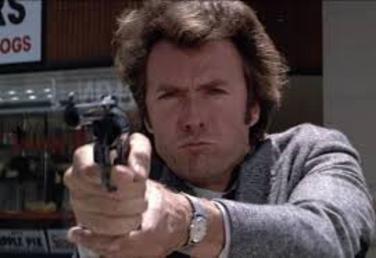 Stanfield P.D. - To Protect and Serve or Fleece?

Scroll Down - for Our Newest Articles! 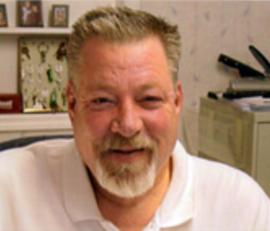