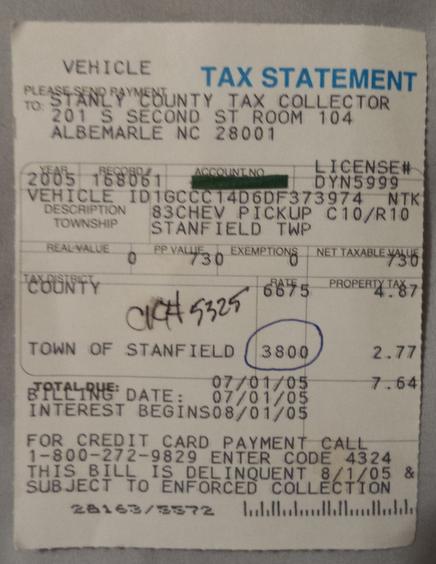 We have made every effort to get to the bottom of this and what follows is our Educated Opinion.

It was around 8 months ago that StanfieldPress blew the lid off of this Fleecing of Stanfield Taxpayers to the tune of as much as $700,000.00 Dollars, possibly even more. No one has been able to prove us wrong, since. The way this Theft took place is a graphic example of political slight of hand and blatant dishonesty, gifted to us by a Mayor who obviously thinks all of us are as stupid as he is and will simply take him at face value and move along.

Here's how it happened:

Back in 2005, it was discovered that Stanfield had managed to get behind 1 year on our annual Fire Protection Service Fee owed to the Town of Locust. Locust has a Fire Department and Stanfield doesn't, so while being financially compensated to do so, Locust extends their Fire Department Service to us.

The annual amount that Stanfield owes Locust each year for this Fire Protection is right around $93,000.00. It remains unclear who fell asleep at the switch and allowed this delinquency to take place, but the solution came in the form of a 'temporary' 2 year Fire Tax charged to Stanfield residents.

This solution, instituted by Mayor Kevin Barbee and Crew was based on a property tax increase of 8 cents per thousand, but Barbee's Bandits never honored the 2 Year Sunset Provision & Promise and instead let it run on for an additional 8 years.

The Barbee Administration, over the same 8 year period in question, has been seen blowing money left and right on Expensive Equipment & Legacy type Projects, all during an otherwise down economy.

Work was usually given to fellow Friends of Friends Network members, gainful employment handed out on a No-Bid basis, all of which has raised a lot of questions and generated a lot ridicule.

Now that election season is here, as a Grand Gesture designed to keep HIS people in and NEW people out, Kevin Barbee finally decided to stop stealing the Fire Tax money (8 years after it should have timed out) and labels it as a Tax Reduction to gain favor with the uninformed masses. To the casual observer, who doesn't know what's really going on, this 6 cent per thousand property tax reduction sounds pretty good, but in reality, it's a raw deal, because they are only giving back 6 of the original 8 cents per thousand tax hike. This obviously means that the Barbee Administration plans to keep right on stealing the left over extra 2 cents per thousand forever, while never making good on the illegitimate extra 8 years of tax they soaked us for! Then they put a cherry on top by having the nerve to prance around as if they should be loved by all for giving said tax break!

But, unfortunately for Kevin Barbee...more and more of us now want answers!

New people are running for office, including myself (Brian Webb for Stanfield Town Council) and with him starting to feel the heat, ole Mayor Barbee has been mysteriously Missing in Action for the last 3 months worth of Town Council Meetings!

Knowing Kevin, there is little doubt that this Being Out of Action Phase is a way to conjure up the look and feel of him being too busy to Baby Sit us as our Beloved Mayor anymore, that way he can Bail for Real, if it get's too sticky. Problem is, I and others are calling for a State Level audit of all that has gone on, not sock puppet auditors that Kevin keeps in his back pocket. We're talking about Men with Badges who get the numbers not just work with the ones Barbee and Crew gives them.

There's a Hell of a lot of money missing and the Citizens of Stanfield that this large amount of money was wrongly and very deceitfully taken from over the last 8 years deserve answers and we will get them!

Below is a 2005 tax receipt from the beginning of this whole mess!

A mess that turned into Kevin Barbee's version of: 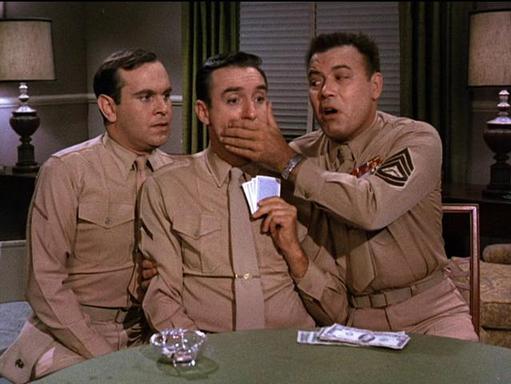 The next 20 callers might just get a complimentary RonCo toaster! Call...1-800-SCREWED-AGAIN

Yes, they did it to us again and the way they only recently compressed the following debt, via refinancing (based on the way the Grant was reportedly worded) - very well just might even be illegal!

Back in approx. 2007 the then fairly new Barbee Administration sold out to the County and Gave Away

The Administration prior to Barbee's had fought successfully to prevent just such an overtaking by the County (which just raised our water rates - because they can - by 5%.)

To this day, we are still reportedly paying down this huge $133,000.00 debt for stuff we don't even own anymore! How about them Apples Stanfield!

The next thing you know, the Jerks running this town will serve us all a glass of Dipsty-Dumpster Juice and tell us it's Lemonade!

Be Sure to check out our Brand New BLIPS topic area

(our Flash Announcements section) by clicking on the Blue Tab below.